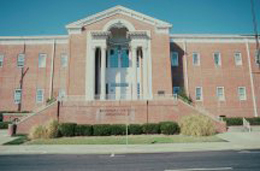 Beaufort County, named for Henry, Duke of Beaufort, is one of the oldest seven of North Carolina's counties, but originally held in its jurisdiction much more land. In 1760, the western portion of Beaufort was cut off with the establishment of Pitt County. The town of Bath, which had been the seat of the older county, became a small, sleepy town in the newer county, and the court house was eventually moved to the new town of Washington, established in 1771. The new seat remains the largest town in the county, and is perched on the Pamlico River at the point of its narrowing into the smaller watercourse of the Tar River.