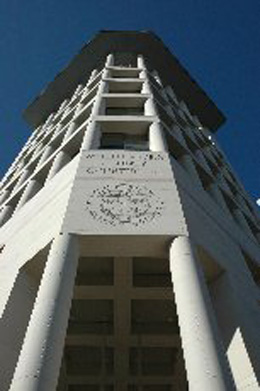 The Mecklenburg County Courthouse, erected in 1928, is a structure that possesses local historic significance as a reflection of Charlotte-Mecklenburg’s tremendous economic and physical growth during the New South era of the late nineteenth and early twentieth centuries while serving as a tangible reminder of the physical and ideological separations that existed between the urban community in Charlotte and the rural farming communities that surrounded the city. By the 1920s, Charlotte had emerged as the center of a large and profitable textile region that stretched over a large portion of the South, while building “a diversified economic base” that included “banking, power generation and wholesaling.”1 The corresponding boom in population that followed gave Charlotte the edge over other Carolina cities, and in 1910 Charlotte overtook Wilmington to become the largest city in North Carolina. By the early 1920s, Charlotte citizens began a campaign for a new courthouse and city hall to meet the growing demands of city and county government and to reflect Charlotte’s new status.