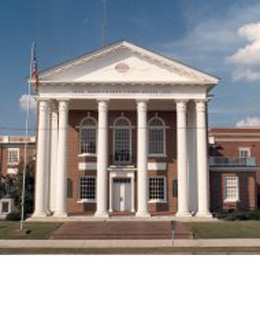 Nash County is located in North Carolina's Eastern Coastal Plain, approximately two hours from the state's beaches and four hours from its mountains. Nash County was formed in 1777 from the western part of Edgecombe County. Located in the northeast section of the state, it is bounded by Edgecombe, Wilson, Johnston, Franklin, and Halifax counties. It was named for General Francis Nash (1742-77), of Hillsborough, a soldier who was mortally wounded while fighting under General George Washington at Germantown during the American Revolution. Nashville, the county seat, was settled in 1780 and chartered in 1815. First land grants in the area date back to 1743.