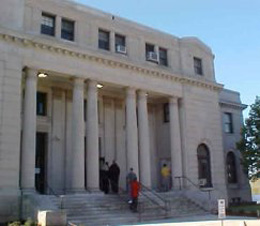 Richmond County was named for Charles Lennox, the third Duke of Richmond, who criticized the policy of the British toward the American colonies. The county seat was known as Richmond Courthouse. Scotland County was formed from Richmond in 1899.

The first court in the new county was held in December 1779 at the old Presbyterian Meeting House in the Zion Community. About 1783, after raising money from taxes to pay for buying land and laying out a town, a new courthouse was built in what is today downtown Rockingham. In 1784 the name of the town was changed to Rockingham in honor of Charles Watson-Wentworth, second Marquis of Rockingham, and supporter of American independence.